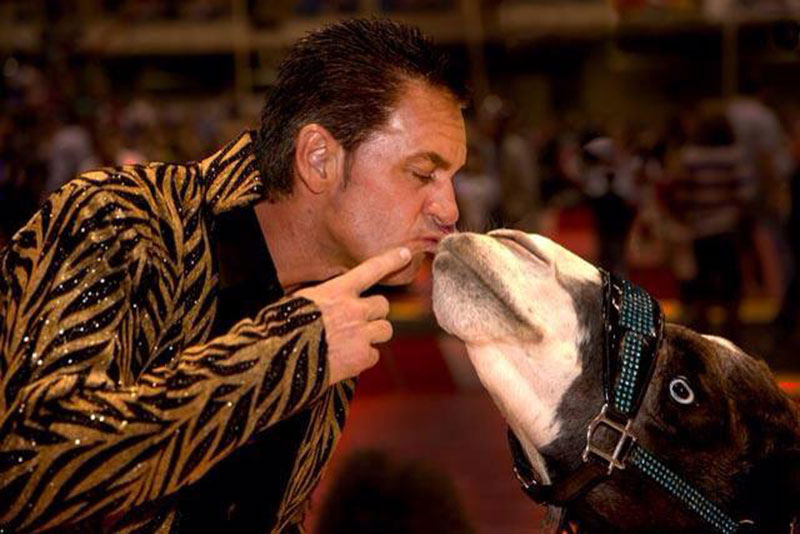 Ian Garden Jr. born and raised in Canada is third generation circus performer. Following in his father's footsteps, after graduating from high school, Ian set out with his own animal acts working for various circuses across North America.

Dogs ponies and horses were his primary presentations, however years later Ian had the chance of presenting Elephants cats and now camels. " Ian says although he really enjoys working with all animals, he has grown to love the camels. It's amazing how intelligent, inquisitive and loving they can be."

For the first time in North America people will get to see these rare spotted camels although, babies and their first year performing, they are thrilling audiences all over the world. Making their American debut Ian Garden Jr. and America's Show Camels. 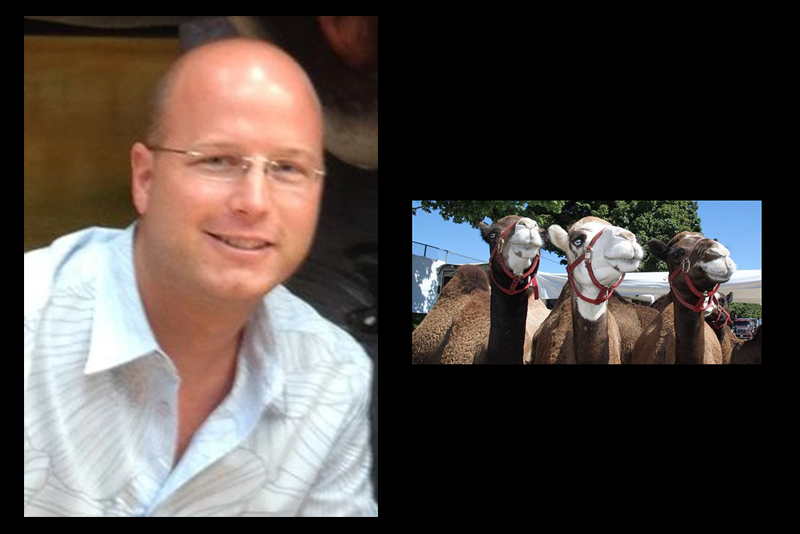 Born in Milwaukee, WI, Ryan literally grew up at Circus World Museum in Baraboo, home and winter quarters of the Ringling Brothers circus in the late 19th Century.

In addition to assisting in the big top performance, Ryan spent his summers working in the menagerie, interacting with and helping to care for a zoo of domestic and exotic animals - from giraffes, alpacas, llamas and camels to horses, elephants, exotic cattle and goats. His uncle, Greg Parkinson, was the executive director at the museum for 18 years while his grandfather, Robert L. Parkinson, was the founder and director of the museum's library and research center.

Over the years, Ryan developed a strong fascination for camels. After graduating in 2002, he visited a close friend's exotic animal ranch, which specialized in camels, in Cape Girardeau, MO. Before long, Ryan set out on a year-long tour with the Big Apple Circus, with a snow white camel liberty display.

The next year, Ryan took the camels on tour with the Greatest Show On Earth, Ringling Bros. and Barnum and Bailey Circus. After completing a two-year contract on Ringling, the camels went home and Ryan continued working at RBBB, where he has been Assistant Animal Superintendent and Assistant Elephant Manager for nearly a decade.

Where to find us

Check the map to locate the us

Phone
941 526 6670
Email
This email address is being protected from spambots. You need JavaScript enabled to view it.
Address
Florida
United States